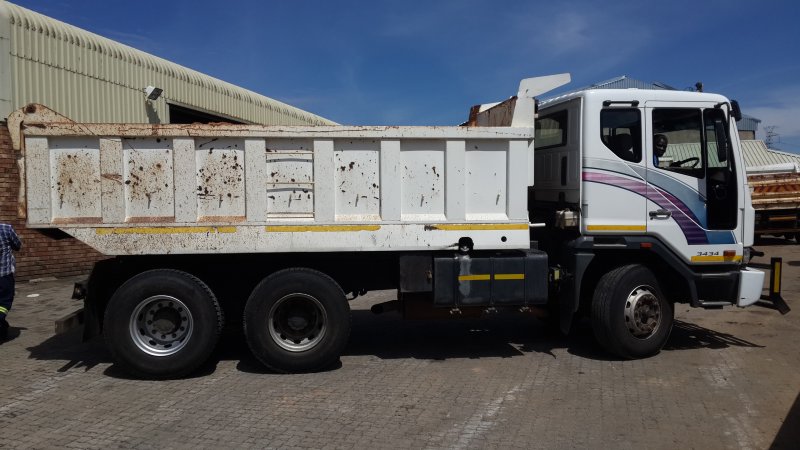 Which child did not spend hours playing with a tiny toy dump truck?

Most children are exposed to tipper trucks from a young age, fascinated by picking up sand or stones and then tipping them out somewhere else.  Children are also fascinated with real tipper trucks, especially when they are tipping out their contents!

Fast Pulse has a number of tipper trucks for hire, available in different sizes and perfectly suitable for all kinds of construction sites. Browse through our selection and get in touch with us to hire a tipper truck to assist with the completion of your project.

The History of the Tipper Truck

The tipper truck has come a long, long way from the when the first one was invented.  Way back in the day, before the days of petrol or diesel, tipper “wagons” were attached to horses, by means of a two wheel cart.  These were used mostly on farms.  They looked more like tub-like containers attached to rear gate hinges.  Back then it was up to the operator to ensure that the front door was locked or he would lose his cargo.  Then once at their destination, it was up to gravity when the rear gate was opened to ensure that the cargo got out.

In the early 1900s, as the need arose because of larger cargo, the tipper truck was made bigger and required two sets of horses to draw what resembled a flatbed with a rectangular body attached to it.  A hand hoist was used to get the cargo on board.  This tipper truck had its problems, especially with weight distribution and also with the discharge of the cargo.

Over the years several improvements were made to the tipper truck although they still made use of gravity to offload.  The dump body would pivot off centre and then lock back in place when it was level. 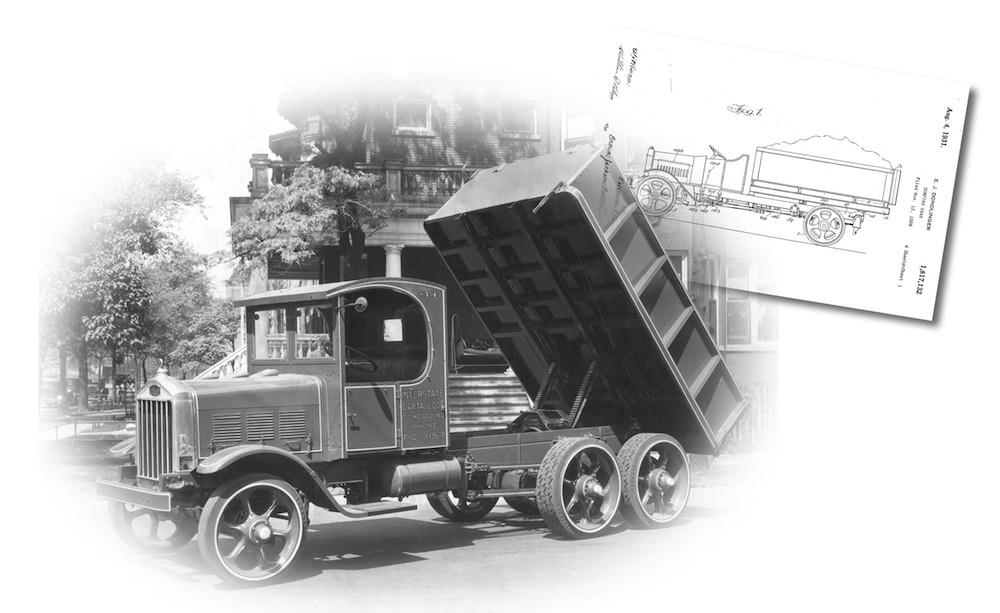 In England, in 1904, the first engine tipper truck was invented.  But it was only the truck part that was powered by an engine, gravity was still the way the cargo would be dumped.  Many prototypes made their appearance and it was “Robertson Steam Wagon” that invented the first hydraulic hoist dumping tipper truck.  Tractors were used in the 1920s to pull heavy dump trailers.

By now a variety of different companies saw the potential and started to launch new designs.  Euclid was the manufacturer that brought two significant trucks to the market.  In 1934 they introduced to the world the Trak Truk, which was a 10 ton tipper truck.  The Trak Truk was designed to do extreme heavyweight work.  The design was a tractor style front so it could go off road to work on farms or in the forestry industry.  Faun, a company in the U.N. launched a bottom dump truck in the 1950s.  This truck sported a 180 horsepower engine and could carry 20 tons.

The “haulpak” made its appearance in 1955 and was praised for its advancements.  It was designed with a short wheelbase and a high angle turning ability.  These trucks became popular in the surface mining industry.  By 1958 the largest single engine dump truck hit the streets with its 600 horsepower engine.

From humble beginnings, the tipper truck is now an important piece of equipment in the construction industry.  Today tipper trucks are fuel efficient, can carry more cargo and have excellent load capabilities.