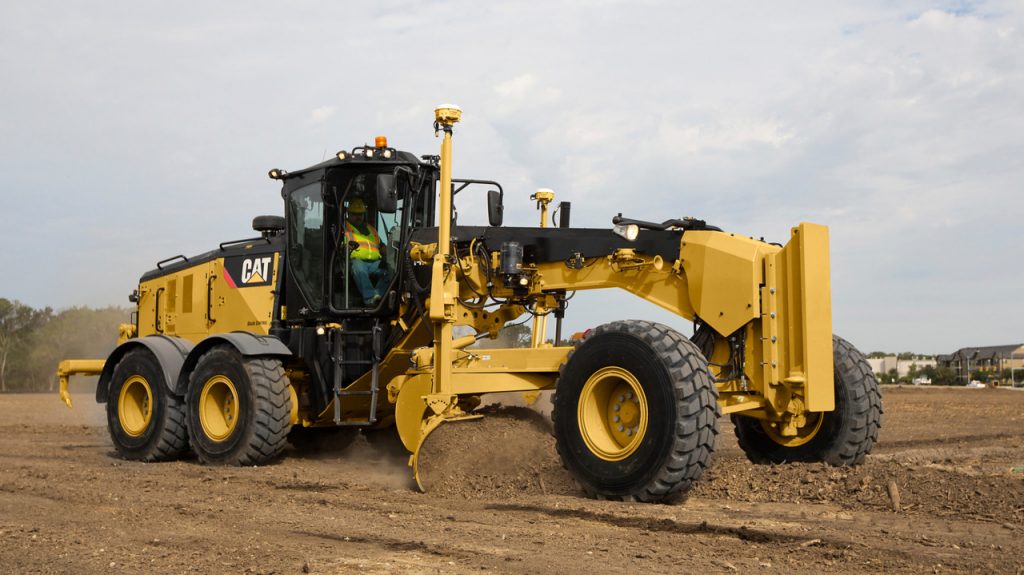 These days if we want to do a little road maintenance or need to clear a construction site, we get a grader to do the job quickly.  Today it is a phone call away but these amazing machines have come a long way since they were invented in the 19th century.

Way back in 1885, the first type of grader was invented by Joseph Adams in Indianapolis.  It was named the “Little Wonder” and consisted of the leaning wheel principle; two wooden wheels that could be angled to the side.

Mr Adams went on to form his own company that manufactured construction machinery.  The first four-wheel horse-drawn grader was amongst his inventions in 1896 and this featured an 8-foot blade and four wheels instead of the conventional two wheels.  This grader became known as the “Road King.”  By the 20th century, steam tractors, powered by steam engines quickly replaced oxen and horses which were used to pull the graders.

The first motorised self-propelled grader looked more like a glorified tractor.  Modified from an Allis-Chalmers tractor, in 1920 a Motor Hi-Way Patrol No1 Grader was manufactured by Russell Grader Manufacturing Company.  By then there were several companies making graders by modifying tractors.  In 1928 Mr Adams released his very popular No10 leaning wheel grader.  It was in the same year that the Caterpillar Company bought out the Russell Grader Manufacturing Company. 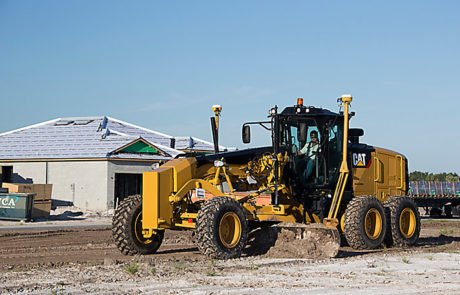 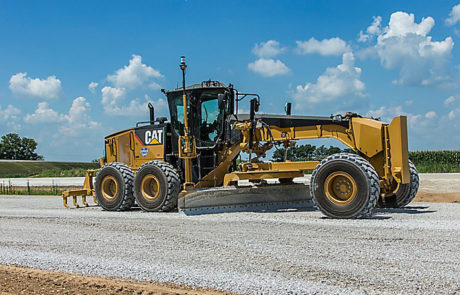 It was in 1931 that Caterpillar Auto Patrol made its mark in the motor grader industry when it released the “Caterpillar Auto Patrol” that was generally known as No. 9 Patrol.  The No. 9 Patrol was a motor grader, complete with the drivetrain, and is designed as a single unit.  They mounted the engine at the rear which gave it a much better balance as well as visibility.   This grader also comes out with wheels replacing the crawler tracks.  This grader was the prototype of all modern graders.

Many other companies including Caterpillar, kept working at refining the design and later introduced mechanical power controls as well as hydraulic controls.  Mr Adams upped the game again when he introduced a motor grader with a blade that extended to the side which made it ideal for trimming banks and shoulders.  Not to be outdone, Caterpillar brought out a diesel powered motor grader in 1938.  This motor grader was known as the No.12 Auto Patrol.

The demand for graders grew after World War 2 and so did the size of the graders.  It was during this boom that more highways were being built and mining industries prospered.  It was because of this that bigger better graders were in demand.  Caterpillar launched its No. 16 Motor Grader in the 1960s, which was a monster grader at the time weighing in at 21 092 kilograms and sporting a blade of 4.3 meters.  This machine was only replaced a decade later by the 16G that had hydraulic controls and an articulating body with a blade 4.9 meters long.  The Caterpillar H series of turbocharged graders was launched in 1995 and a mere year later they brought out the 24H which is the largest grader to date.  This is a giant of a machine and weighs 61 995 kilograms and measures over 16 meters.

Today many of these machines have GPS technology and use the latest engine designs making them powerful, fuel-efficient graders.